(Click on the photo for staff and board bios below)

Nakisha M. Lewis (She, Her, Hers) is a Black lesbian feminist and lifelong advocate for racial and gender justice and equity. She has spent more than twenty years mobilizing for racial justice, women’s rights and LGBTQ equality. As the President & CEO of Breakthrough, she spearheads the organization’s work to amplify the voices and experiences of marginalized people and transform dominant narratives in media and popular culture.

Nakisha is a nationally and internationally recognized leader in the gender justice movement and the Movement for Black Lives. She is the former Program Officer and Senior Strategist for Safety at the Ms. Foundation for Women, where she created a national portfolio for women and girls through a Black, queer, feminist lens, and is a chief architect of the philanthropic movement to invest in women and girls of color. Nakisha most recently served as the Director of Civil, Human, and Women's Rights at the AFL-CIO, where she led the labor movement’s efforts to advocate for the rights of historically marginalized working people. In 2016, she co-founded the #SheWoke Committee, the catalyst for the Congressional Caucus on Black Women and Girls. She is a Board Officer for Power Rising, a national network and annual convening of Black women, girls, femmes, and allies.

A gifted storyteller and impact strategist, Nakisha has been at the vanguard of narrative and cultural change for decades. She has conceptualized, implemented, and directed game-changing arts installations and multimedia campaigns in partnership with the New Museum, #DefendBlackWomanhood, #BlackLivesMatter, and #SayHerName. Through her storytelling work, she amplifies the voices of people too often invisibilized and unheard, addressing systemic harms and shifting narratives in all the spaces where they exert power, from media and popular culture to philanthropy and politics.

Nakisha has served on the boards of Resource Generation, Emerging Practitioners In Philanthropy, Project Hip Hop, and New York Blacks In Philanthropy. A prolific reader and writer, she is the creator of Sappho’s Reads: A Black Lesbian Book Club and is published in several periodicals and nonprofit journals, including The Chronicle of Philanthropy, Huffington Post and NBC News. 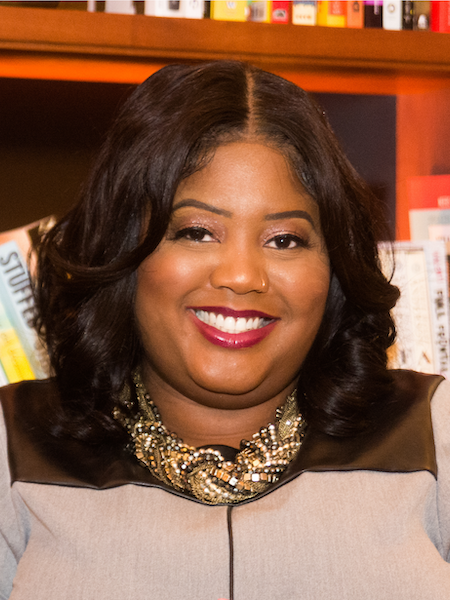 Associate Director of Business and Development

As Associate Director of Business and Development, Jason works in several areas across the organization, including fundraising, finance, board relations, human resources, and operations management. Jason joined Breakthrough in 2016 after almost eight years in non-profit arts management helping grow a community theatre into a world-class performing arts venue.

Outside of work, Jason has a slight running and cycling addiction, having completed several century rides and 15 marathons towards his goal of running one in all 50 states. When not training for races, Jason has volunteered as Race Director for the Front Runners New York (FRNY) LGBT Pride Run as well as Treasurer for the organization. All this balances his passion for cooking, baking, and consequently eating. 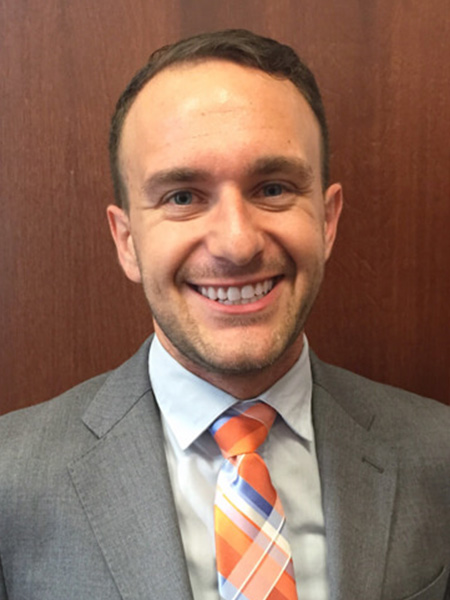 Associate Director of Business and Development

With a background in Documentary Filmmaking and a passion for social justice, Amani is an accomplished storyteller with experience directing, shooting, and editing her own content. As an Associate Producer for Breakthrough, Amani works closely with the entire production team on all major projects from pre to post production. 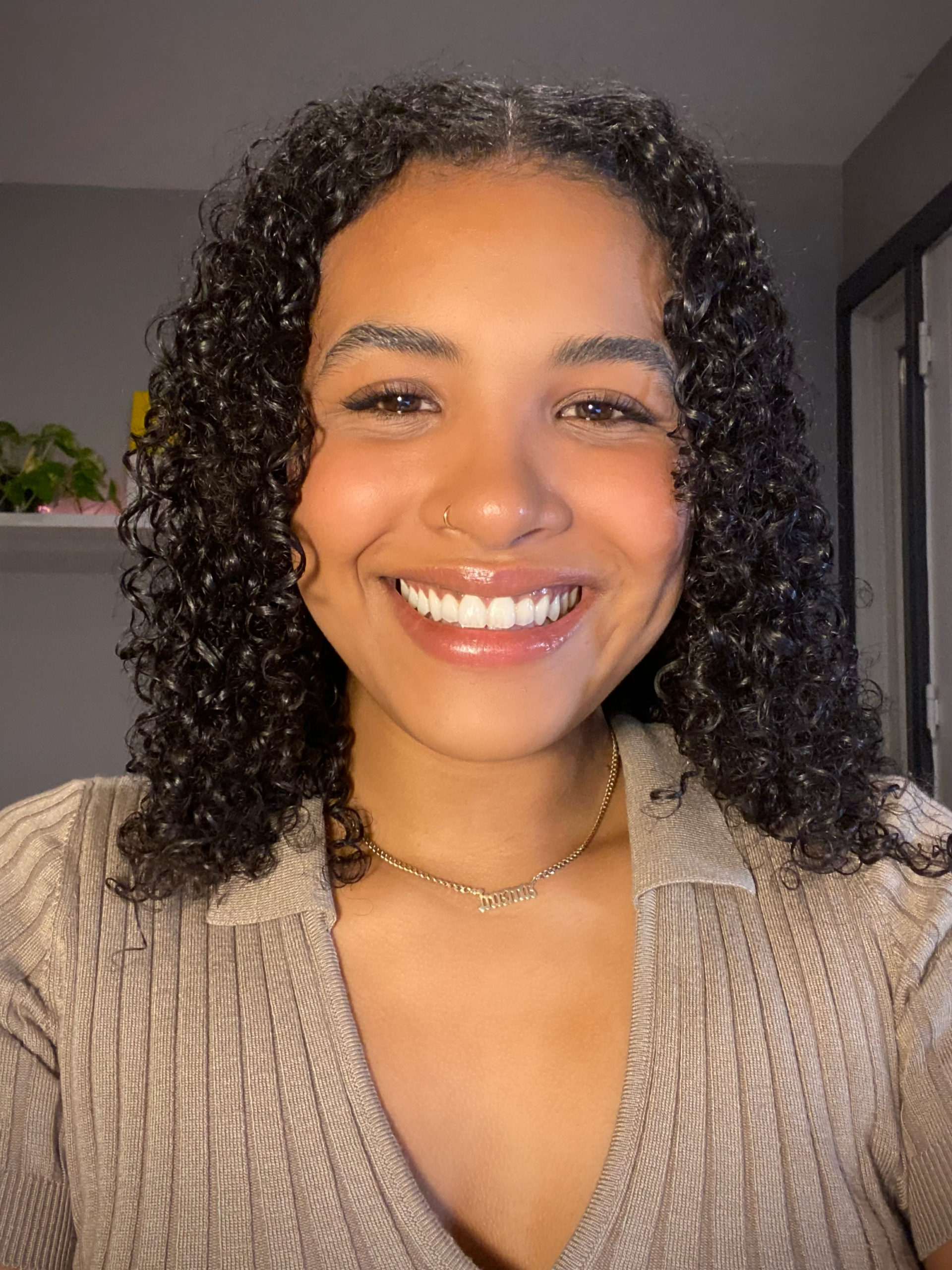 Director of Strategy and Advocacy

Priya Kvam (She/Her/Hers) is a storyteller and impact strategist with a deep commitment to gender and racial justice. She leads Breakthrough’s creative partnerships across the U.S. and globally, and advises on impact and development strategy.

Before joining Breakthrough, she led fundraising efforts for The B Team, a collective of business leaders taking action on climate change, corruption and human rights. She previously worked as a researcher and program evaluator with Gender at Work, and in the field of sexual and reproductive health.

Priya holds an MA, with distinction, in gender and international development from the London School of Economics and Political Science. She is trained in feminist approaches to program evaluation and learning. 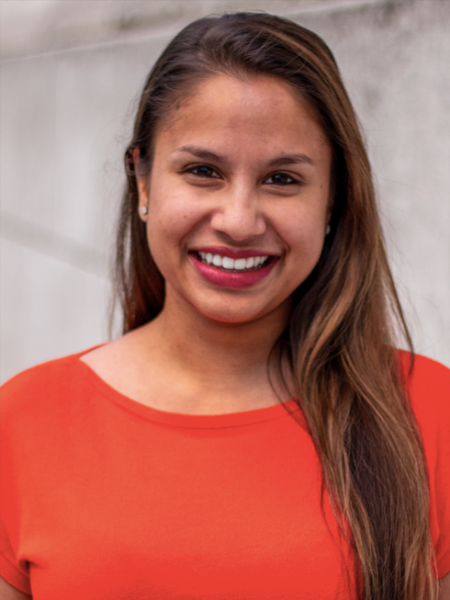 Director of Strategy and Advocacy

As the Social and Digital Media Manager, Michelle (She/Her/Hers) works with the creative and development team at Breakthrough. She is responsible for managing digital communications, including e-blasts, social media, and Breakthrough's websites.

Before her role at Breakthrough, Michelle worked as a digital communications manager for a Chicago-based digital marketing agency. During this time, she partnered with several nonprofits and businesses to develop comprehensive communications plans.

Outside of work, Michelle is a creative who enjoys writing, photography, illustration, and community theater. Additionally, she is a member of UN Women’s public policy committee where she has contributed to advocacy planning and has co-led events such as a panel discussion for  “And She Could Be Next”; a film that addresses how women of color have been excluded from power in America. She strives to champion BIPOC women and gender non-conforming persons through all their creative, professional, and personal endeavors. 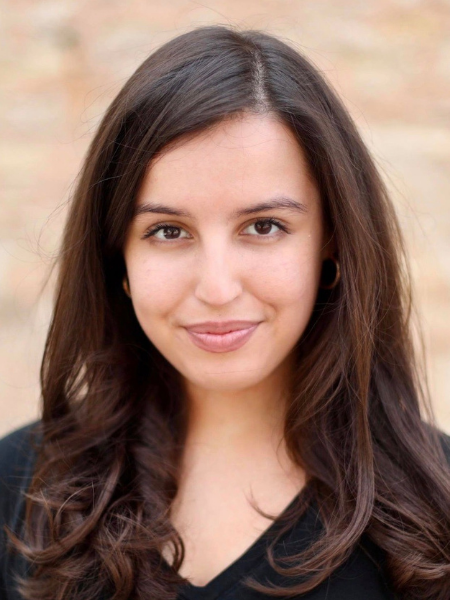 Sunil Savkar is a partner with the New York office of Debevoise & Plimpton LLP. Sunil focuses his practice on complex debt finance transactions. He primarily advises private equity firms, credit funds and their respective portfolio companies in a broad range of domestic and international financing transactions, including leveraged buyout financings, direct lending, mezzanine and subordinated debt financings and high yield offerings. His transactions include large cap as well as middle market financings in a variety of industries such as technology, consumer and healthcare. Sunil has a JD from Columbia University School of Law and a Master’s of Engineering and BS from Cornell University. 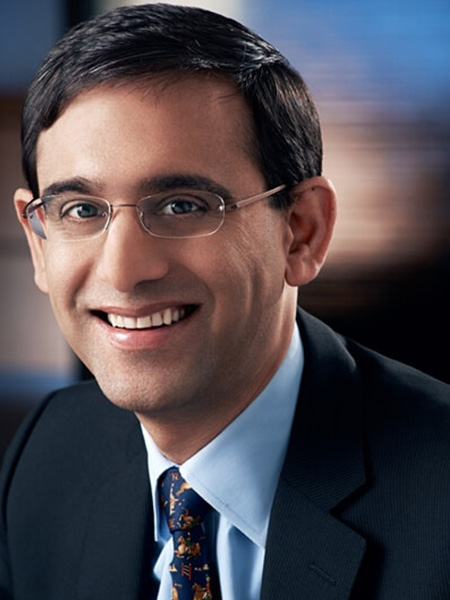 Maggie works with social justice initiatives and their funders to design, plan, implement and evaluate the change they seek to create. She offers technical expertise in the rights of vulnerable groups and strategies to reach them based on over twenty years living and working in East and Southern Africa. Maggie founded and directed Women’s Dignity in Tanzania which re-framed the global conceptualization of obstetric fistula in a human rights context. Prior to that she was a Program Officer at the Ford Foundation, and at the International Women’s Health Coalition. Maggie holds a Master’s degree in Public and Private Management from Yale University. Her Bachelor’s degree is in Political Science from Amherst College, from which she received an Honorary Doctorate in 2009. 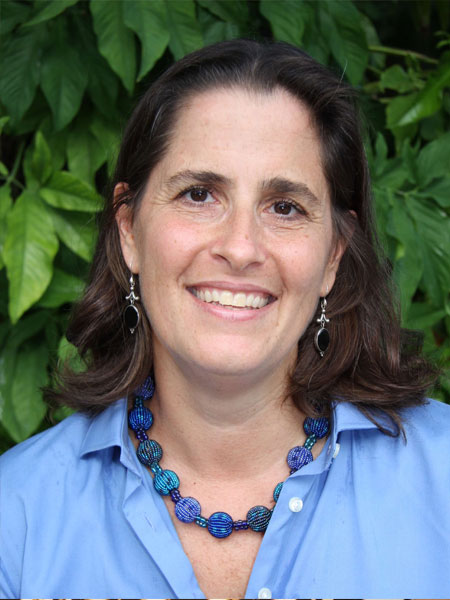 Prior to CEI she founded and lead Aldeia Works, a boutique consulting firm focused on supporting philanthropists, corporations and nonprofits in the creation of meaningful social impact. Before Aldeia, Marilia helped develop partnerships and managed the rapid growth of Purpose.com, a company using new media to deploy the collective power of millions of citizens and consumers to help solve some of the world’s biggest problems. Previously, she was a member of the executive leadership at the Clinton Global Initiative (CGI), serving as the Director of Commitments. During her five years working with President Clinton, she took a central role in building the organization from its start-up phase to the successful catalyst for action and global convening body it is today. In New York, Bezerra also served as the business and financial manager for AEA Consulting, a management consulting company with a client base of leading nonprofit cultural organizations throughout Europe, the Americas, and Asia.

Bezerra received a master's of science degree (with distinction) in global affairs from New York University in 2007. Bezerra received her law degree from the Federal University of Ceará in 1996. Before graduating she founded the Andanças Art School, an institution dedicated to providing art education and bridging the gap between children from the most privileged areas and children in the slums of her native Fortaleza. During her early career, she also deeply engaged in political activism as a student union leader and manager of political and advocacy campaigns. 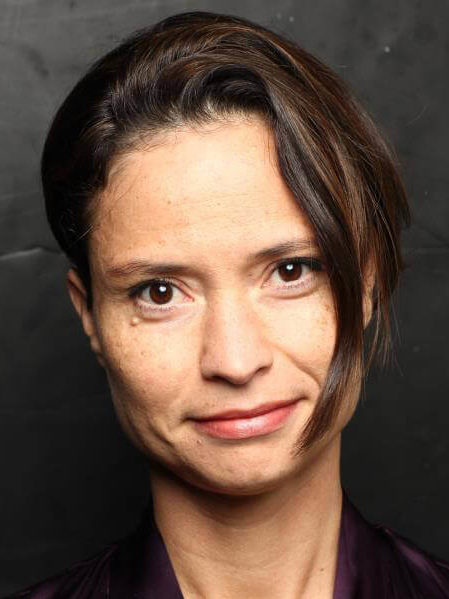 Mallika Dutt is a leading innovator in human rights, multimedia, and culture change. She combines her creative advocacy for social justice with a spiritual healing practice that connects planet, people, and purpose. Her work inspires a diverse community of change-makers dedicated to replacing the social norms that perpetuate inequality and violence with the bedrock value of respect for all.

Mallika is the founder of Breakthrough and served as President and CEO of the organization from its founding in 2000 through early 2017.

Her achievements include co-founding Sakhi for South Asian Women, initiating the Ford Foundation’s work on police reform in India, and acting as Associate Director of the Center for Women’s Global Leadership at Rutgers University that led the global movement that recognizes women’s rights as human rights, In 2012, Mallika received an honorary doctorate from Mount Holyoke in recognition of her pioneering accomplishments. 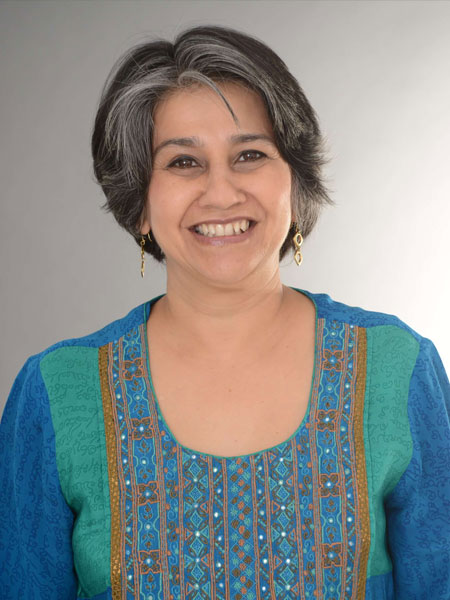 Michael Hirschhorn is the Executive Director of the International Human Rights Funders Group (IHRFG). From 2003-08, Michael was Executive Director of the Coro New York Leadership Center and from 1995-2001 served as Executive Director of the Literacy Assistance Center in New York City. From 2001-03, Michael worked as a non-profit strategy consultant, primarily in the fields of education, human rights, and leadership development. Earlier, he was an Assistant to the Chancellor of the NYC Public Schools and a Visiting Non-Profit Executive at Yale’s School of Management. Michael serves as President of the trustees of the Jacob and Hilda Blaustein Foundation, and also serves on the boards of WITNESS, Breakthrough, American Jewish World Service and several other rights-related organizations. Michael received his BA from Yale University in 1981 and his MBA and MSW from Columbia University in 1989. 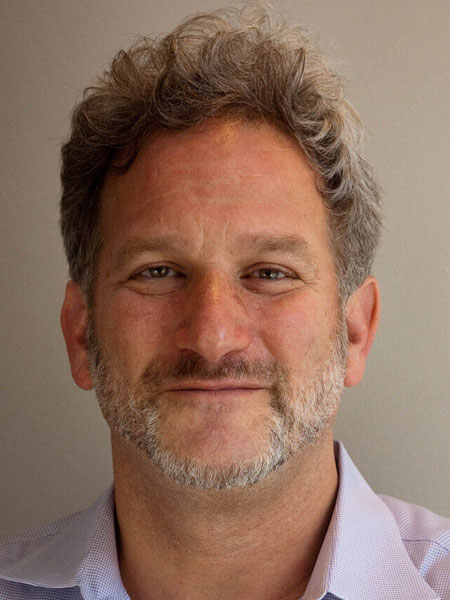 Darnell has long been a fan of Breakthrough’s work. He was previously a member of the Breakthrough team as the U.S. office’s Head of Strategy & Programs, before becoming Director of Inclusion Strategy for Content & Marketing at Netflix.

Darnell is an award-winning writer and activist, a leader in the Movement for Black Lives, and a tireless advocate for justice and liberation. He is co-managing editor of The Feminist Wire and the author of No Ashes in the Fire. His writings have appeared on several media platforms, including the Guardian, MSNBC, EBONY, Advocate, and within academic journals.

Darnell has spent the last two decades working in the fields of education, youth programming, community development, and media. All that he has done is organized a singular mission, namely, to do the little he can in community to transform society by ending the intersecting injustices of gender-based violence, racism, LGBTQI discrimination, and the other structural forces that keep people on the margins.

When he is not working, he is likely sitting on his stoop, at all times of the night, laughing with friends or on a plane traveling and wishing he were still on his stoop with his friends. 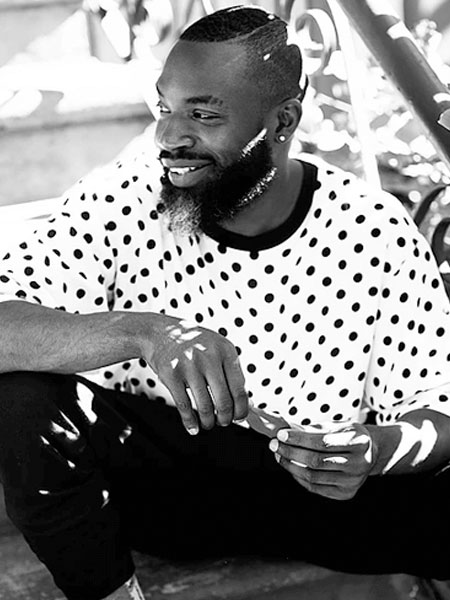