ICED is a first-of-its-kind, free, downloadable 3D video game that puts players in the shoes of immigrants struggling to live, study, and work in the U.S.–while under the constant threat of detention and deportation. ICED demonstrates the unjust nature of immigration policy to spark dialogue and presenting an enabling environment towards involvement, action, and possible transformation in policy.

As an immigrant teen you are avoiding ICE officers, answering myth/fact questions on immigration, and doing things for your community. But if you answer questions incorrectly, or make poor decisions, you will be detained with no respect for your human rights.

If you do these things successfully, you have the chance of becoming a citizen of the United States. But the odds are against you.

Level One - The City

Since 2001, over 4.4 million people have been deported from the U.S. No one is safe from deportation—the sick and elderly, pregnant women, families, green card holders, and even people escaping other countries where they might have been tortured for their beliefs. Right now, there are hundreds of thousands of immigrants being detained in horrendous conditions. They have no idea of their destiny. They do not have access to due process. They are not given the legal rights that U.S. citizens have. Are these our American values? Detaining immigrants breaks up families and destroys their lives. It is a myth that detaining immigrants keeps America safe.

If you lose too many points, ICE officers will detain you. If you’re successful at answering the questions and avoiding the immigration officers, you’ll have the chance to play a minigame to become a citizen.

Between Level One and Level Two – Detention

If you answer myth/fact questions correctly, make the correct moral decisions and collect all civic points, you enter the immigration sweep minigame.

Despite all your best efforts to be an upstanding member of the community, you are still vulnerable to being apprehended by ICE and detained. If you successfully avoid immigration officers, you win your naturalization papers. Of course, in the real world, immigrants aren’t rewarded this way. Many end up in immigration detention centers.

You have just joined tens of thousands of immigrants who are locked up and fighting their deportation order.

Even though you’re from New York, the Department of Homeland Security can send you anywhere. Right now, you’re in Louisiana, hundreds of miles away from your friends and family.

You may be here five months, or it could be five years. There might be free lawyers in criminal court but you don’t get any here.

You can give up your fight and agree to voluntary deportation, but then you’d never see your friends and family again. Only you can decide if it’s worth it.

If you decide to stay, you must avoid getting into further trouble and keep your morale high!

In Level Two, you await the outcome of your deportation case. You answer more myth/fact questions, make moral decisions, learn facts about detention, and are finally deported or let free.

Homeland Security uses crumbling old facilities, once even stuffing up to 200 detainees in a gym in horrible and inhumane conditions. In some detention centers detainees never get to go outside. In jails where there is outside space, free time is often limited to less than an hour a week.

Sometimes there are no payphones in jail, so detainees can’t even call family, friends, of lawyers unless they make collect calls. Between 1998 and 2008, the prison industry made 175 million dollars in profits from phone calls made by the families of those in prison.

In solitary confinement – or “the hole” – you will lose all concept of time. Because you can’t do anything to get out and you may be put in chains, you might suffer from severe anxiety and could even suffer mentally. Being in the hole can make you vulnerable to sexual violence or other physical abuse.

Solitary confinement is used to punish detainees for even the smallest infractions like talking back to a guard.

Throughout ICED – and in real life – you can choose to give up your fight and agree to voluntary deportation, but it’s a decision that can mean never seeing loved ones again.

Agreeing to voluntary departure is hardly a “decision” made by detainees. If they do say “yes,” they may not be able to return to the U.S. for a long time, if ever.

Immigration court might look like any other court, but it’s not. Here, you are guilty until proven innocent. Often, you won’t have a chance to prove your innocence because, like 84% of all detained immigrants, you will not have a lawyer. 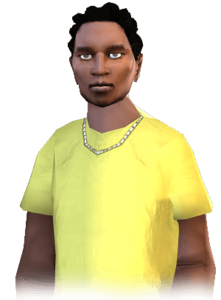 22-year-old Marc knew that his family would never have enough money to send him to college. After leaving the violence in Haiti for the United States, they moved into a one-bedroom apartment in New York City. When a U.S. soldier recruiting outside of Marc’s school told him that joining the military could help him pay for college, he signed up. After returning from Iraq, college was the last place he was going. 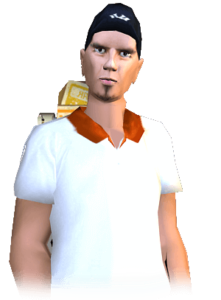 20-year-old Javier was never fast enough to be on the soccer team as a kid in Mexico. But he discovered skateboarding when his parents decided to risk everything to start a better life for him and his brothers in California. Now years later, no one can catch up to Javier on his skateboard except the U.S. government. 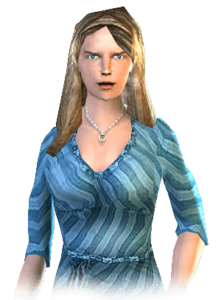 20-year-old Anna always wanted to be an actress. Pretending to be someone else helped her escape real life. When she was 13, her parents died in a tragic car accident after moving to the United States from Poland. After that, she was bounced around in foster homes, started smoking weed and got caught. Serving community service was a reality check, so when given the opportunity to study theatre abroad, she took it. She thought her drama was over. . . 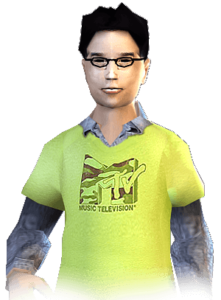 23-year-old Suki always wanted to study in the United States, but his dad wanted him to help out at the family electronics store in Japan. When a teacher told Suki to apply to Cornell University on a student visa, he did and got in. Soon after, Suki and his roommate had a hard time paying for books, so they started fixing computers in the lab while taking part time classes. It was an ideal situation, but not for Suki. He wasn’t a citizen. 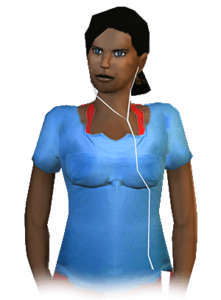 16-year-old Ayesha’s best friends all lived within the same block in India. They did everything together and were like sisters. When her parents told that they were moving to the United States she was devastated and thought she’d never make friends like her old ones. Now, a few years later, between friends, Facebook, AP exams and college applications, she fits right in until she writes that one Social Studies paper.

The game highlighted detention and deportation, helping to demonstrate the unjust nature of immigration policy as well as sparking dialogue and presenting an enabling environment towards involvement, action, and possible transformation in policy.

With hundreds of thousands of downloads and extensive press coverage worldwide, ICED changed the way people think about the human rights of immigrants and the importance of due process and fairness for all.

When we let the government deny due process and human rights for some people, we put all of our freedoms at risk.

ICED demonstrates how new media is an effective tool for human rights organizations to advocate and raise public awareness.