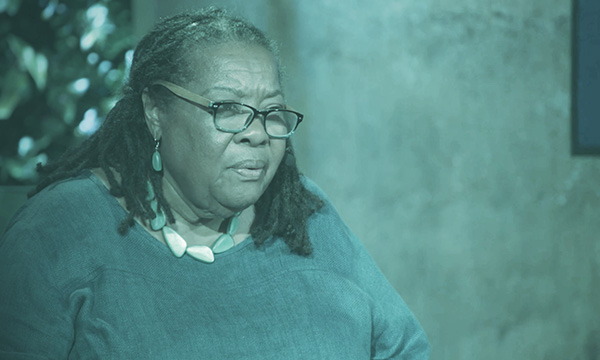 Imagining Black Futures requires a reckoning with the past. The recently released TED Talk featuring Ruby Nell Sales, who has been described by PBS News Houras a “legendary civil rights activist,” and known by many people across a range of social justice movements as a brilliant and brave movement pioneer organizer and thinker, is a talk for our times. In “How We Can Heal The Pain of Racial Division,” Ruby Sales is unafraid and offers a call to a type of action that catalyzes internal transformation and the end to racist violence. And we thought what better way to celebrate #BlackFuturesMonth than by meditating on several salient nuggets of wisdom offered in Ruby’s talk.

Here are 10 quotes from the talk that inspire us:

“I believe that movements for racial justice must be redemptive rather than punitive.”

“Listen to me and see if you can imagine the culture of whiteness as a dehumanizing process that melts away all of our multiple and interlocking identities, such as race, class, gender and sexualities, so that unity is maintained for power.”

“We must look deeply into the culture of whiteness. That is a river that drowns out all of our identities and drowns us in false uniformity to protect the status quo.”

“We will not be free until we’ve all been redeemed from unredemptive anger.”

“Everywhere I go, I see and hear women who speak out against men who invade our bodies. These same men who…promote racism and then turn around and steal our labor and pay us unequal wages.”

“So deep was my hurt at seeing Tom Coleman murder Jonathan before my eyes, that I became a silent person, and I did not speak for six months.”

“I finally learned to touch that hurt in me as I became older and began to talk about the Southern freedom movement, and began to connect my stories with the stories of my other colleagues and freedom fighters, who, like me, had faced deadly trauma of racism, and who had lost friends along the way, and who themselves have been beaten and thrown in jail.”