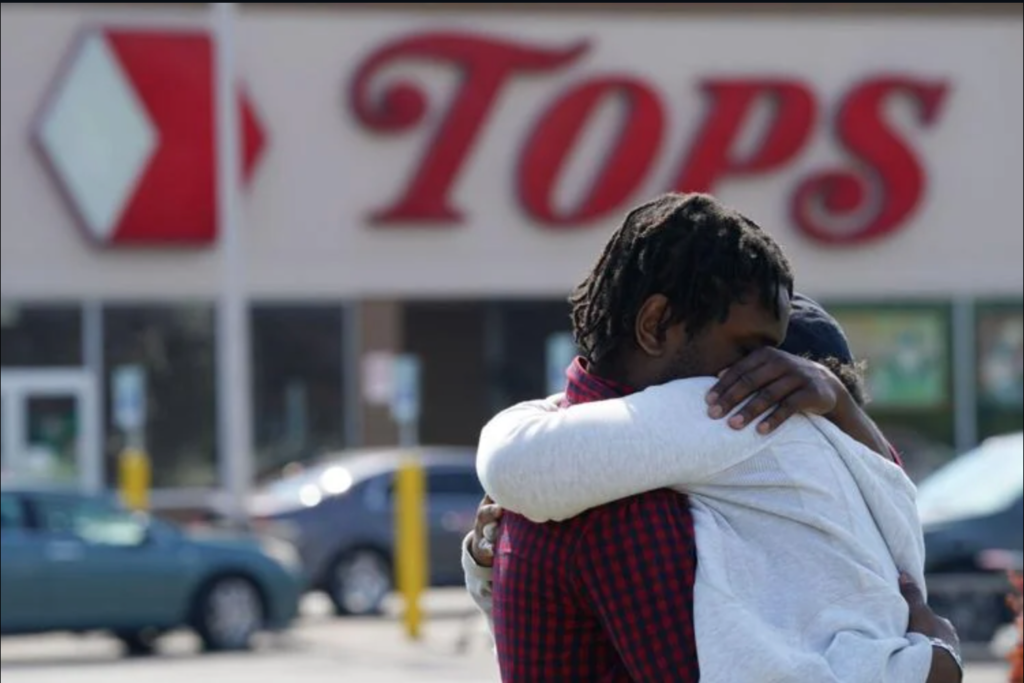 “Breakthrough joins the rest of the nation in mourning and grieving the lives taken tragically and hatefully by an unabashed white supremacist and domestic terrorist with no regard for human life, as clearly demonstrated by the monstrous events that took place in Buffalo, New York on Saturday, May 14th. It is furthermore horrific knowing that the majority of the victims were elders – mothers, fathers, grandparents, great-grandparents, church goers, public servants, and active community members – whose killings leave an incredible void and unending heartache for all of the loved ones left behind due to such an unspeakably evil act.

“As an organization committed to media justice in all forms, this moment calls for urgent and substantive changes in the systems and policies of all social media and streaming platforms – including and especially Twitch, which the mass shooter used to live broadcast his savagery for the entire world to see. For too long, white supremacists have used these sites as hubs to incite intolerance, hatred and violence against Black, Latino, Asian, Muslim, and LGBTQ+ people. Black communities in particular – and Black cis and trans women specifically – are constantly under threat and attack on platforms like Twitter, with little to no recourse or action taken at the leadership level to permanently ban these behaviors.

Still, we know that digital and social media are far from the only mediums complicit in perpetuating the kind of bias and stereotyping that allow hateful rhetoric and beliefs to fester. One need only look at the glaring contradictions in coverage showcased around this incident (as well as others like Dylan Roof) as compared to Black victims of White vigilante and police violence, such as Trayvon Martin, Michael Brown, Ahmaud Arbery, and countless others. Time and time again, we see White perpetrators of racially-motivated violence infantilized by members of the press, while Black victims and survivors are vilified and criminalized. We call on the mainstream media and their corporate owners, to take ownership of the harmful roles they play in upholding such inequitable journalistic standards, claim greater responsibility in ensuring fair, balanced and accurate reporting, and be more vocal in calling and covering these incidents as they truly are: acts of white domestic terrorism and crimes against humanity.

To all of the survivors, family members, friends, loved ones and community members of Buffalo struggling to deal with such tremendous shock, grief and undoubtedly outrage, we send our love and stand with you in saying all of their names: