Quantum Split is a diverse youthful rock group that takes their platform and uses it to spread love and unity. It’s about time we use music again to make a difference. These inner city kids have worked so hard to create music that empowers people and they deserve to be heard.

This band is making a name for themselves by touring, including shows in New York City at notable locations such as Irving Plaza and the Gramercy Theatre. They have been requested to go to Africa three times, and have been sponsored by the US Embassy in Kigali, Rwanda because of their message of love and unity.

WHAT IS YOUR BREAKTHROUGH VOICE?

Soleil Laurent: Courage. Because you are coming out of your norm to stand for something, and I think that’s totally important. Yes, we do music, but there is a message of peace, equality, and America. Stand up for yourself, stand up for others, and be brave. There’s too many times when people live their lives hiding behind that rock. We want people to be bold, be badass, go in front and talk and stand for each other. Because if we don’t stand for each other, there’s not going to be a difference in the world. Sometimes it’s comfortable standing up for other people but standing up for yourself is a challenge. At least, it was my challenge. 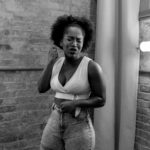 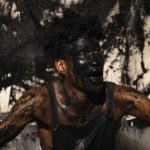 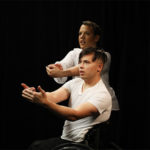