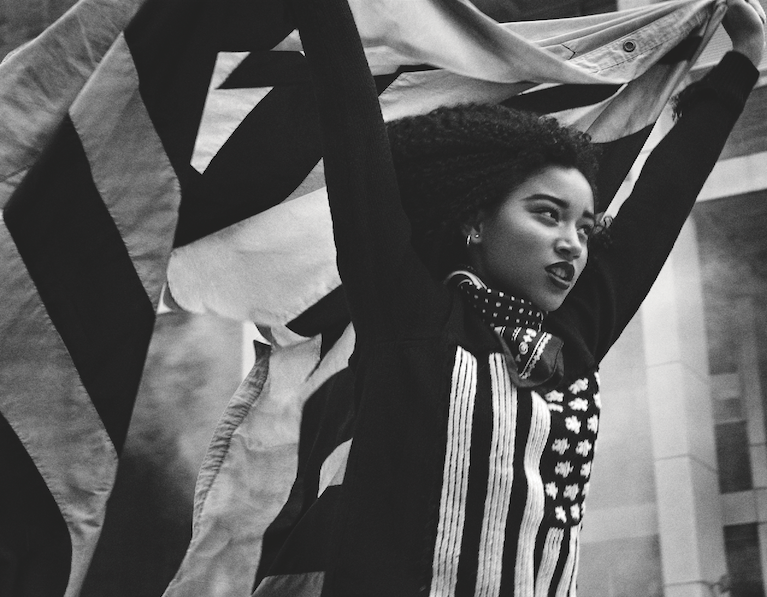 Currently, our country is as divided as ever. In the United States, we see open racism, homophobia, white supremacy, and hate crimes. But we also see a lot of people waxing poetic about my generation, calling us a beacon of light for the future. Are we?

It’s hard to think of an entire generation as hope, but we are objectively different. Most of us don’t remember a time when same-sex marriage wasn’t recognized. We have grown up under the leadership of a Black president. And we have grown up with the internet, which created a sort of connectivity that had never been experienced by any other generation as children. We are the most ethnically diverse generation, and roughly ⅓ of us know at least one person who uses gender neutral pronouns. These factors make us special, right? We have learned that equality and equity doesn’t tear a country down, but instead strengthens it and we can connect with people of all different backgrounds and identities through the internet.

But are we truly special? Are we truly different, more aware? Parents, communities, and religious organizations still feed children the idea that some people are inherently lesser than others. And they tell children that we have the right to hate others because of uncontrollable factors in their lives. We not only grew up with a Black president, but are now growing up with a white male president (and a mostly white male administration) who spews racist, xenophobic, and transphobic rhetoric almost daily. So, our generation is also internalizing this: apparently it’s acceptable to tell a person of color that they should be “sent back”, to call people “illegals” or “an infestation”, and to block a group of Americans from serving their country just because of their gender identity.

My friend Laxmi who lives in Texas told me, “After the election I have witnessed several of my classmates say openly racist and sexist things that should be frowned upon, and they made these comments in support of what our president said.”

So where does this leave us? Are we better or worse?
I took these questions to my fellow Gen Zers to see what they had to say about my predicament. Admittedly, I surround myself with people who have the same morals and beliefs as I do, but I still think that their input is important. I asked them if they thought our generation has a bright future. They all said some form of yes.

Maybe my peers are right. But I also think it’s important to think about the opinions of other generations, to understand how they see us Gen Zers from an outsider perspective. For this, I thought back to my time at Brown University’s Leadership Institute. The Leadership Institute is a pre-college summer program for high school students looking to bring about social change. At the end of the two week program, we all presented our Action Plans, which are carefully planned out ideas on how to address a social issue that we care about. We presented them to groups of peers, parents, and other adults on the last day. (I think it is important to note that even 20 years ago, I wouldn’t have the opportunity to go to the Leadership Institute because it didn’t exist. We’re obviously growing up in a time of immense social change and awareness, and have opportunities to understand people’s backgrounds and identities like no other generation). During these presentations, and during general class discussions, I often noticed a hopeful beaming that the adults in the room shared. They would tell us that the conversations that we were having were so complex and important, and that they were about things that never even crossed their minds as children. They would tell us that people like us and our generation gave them hope amidst the craziness of the world right now.

In spaces like these, me and my fellow Gen Zers prove to adults that we deserve that faith and hope, despite negative stereotypes that our generation often receive — about how we’re glued to our phones, or obsessed with the internet. I want to challenge the older generations to turn those stereotypes on their head. We can use those “negative” aspects of our generation for good. We can use the internet to connect with people all around our country, regardless of their background and identity. We can use it to spread activism and love. My friend Sahana told me, “By having the internet, youth can keep up with current events (and with social media too). It’s what gets us going and makes us want to take action, because we see it right in front of us. Having internet and social media makes everything feel much more urgent, and less permanent. Just like us and our world, they are tools that constantly evolve.” I hope that adults, instead of just giving us empty compliments and praises, will challenge these stereotypes that have been attached to Generation Z, and give us space to fulfill their dreams for us and our own dreams.

We are pretty amazing. We are informed, creative, connected, and aware. We don’t wait for the older generations to tell us how to work, or how to fight, we just do it. We have cultivated cultural change within our schools, communities, and within our countries. I hope that adults will listen to my words, to Sahana’s words, to my entire generation’s words, and understand that we are here to turn our country and world around.