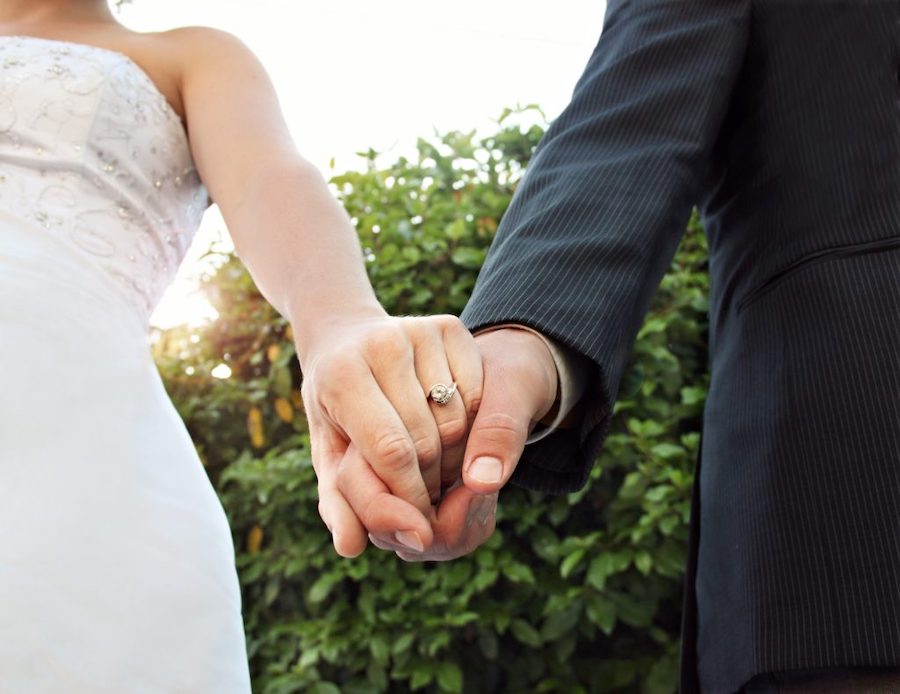 Following the rise of freedom of sexual identity, gender fluidity and relationship nonconformity, there has been a recent decline in traditional, heterosexual marriage in the western world in which I reside. The way my peers discuss marriage has changed drastically since my childhood. Growing up, I just assumed that I would get married because that was what my family expected. Providing grandchildren for my mother to spoil, having a stable nuclear family, and continuing the family name were all goals that were ingrained in me from a young age. However, marriage in my generation is no longer seen as the goal and “landing a husband” is seen as an outdated concept.

In a Biology of Sex class that I took this past year, we learned about the various relationship dynamics of different animals: Monogamy means having only one mate at a time, Polygyny is when a male animal has more than one female mate, and Polyandry is when a female has more than one male mate. Humans have the ability to be serial monogamists, meaning that we jump from monogamous relationship to monogamous relationship. But we ultimately carry the biological imprint of polygamy, which is the practice of having multiple mates at once. So why do we deny this biology? And how can we adapt our cultural norms to accept alternative forms of partnership?

There are many historical traditions that accompany marriage that are a bit perplexing. By heteronormative tradition, the groom asks the bride’s father for his daughter’s hand in marriage. I recently noticed this strange and outdated tradition while I was watching season 23 of the hit ABC show The Bachelor. The show follows the journey of former professional football player, Colton Underwood, on his journey to find the love of his life among 30 female contestants (nearly all under the age of 25 and below a size 4 I might add). On the second to last episode of the season Colton has narrowed it down to four lucky ladies and travels to their hometowns to meet their families and to ask each of their fathers for permission to marry them. I’m not sure why I never questioned this tradition before but the reason that it stood out to me this time was because for the first time one of the fathers said no, denying Colton his daughter Cassie’s hand in marriage.

Colton was initially upset about this turn of events but decided to still pursue Cassie and ultimately chose to propose to her. Everything appeared to turn out well for the happy couple until Cassie found out that her father had withheld his blessing. As a result, Cassie decides that her father’s opinion of this man that he had just met was more important than her admitted love for him and she rejected Colton’s marriage proposal, prompting Colton to jump a fence and escape the camera crew by getting lost in a Portuguese jungle. All of this begs the question: why did Cassie trust her father’s opinion of this man over her own? Why do women need their fathers to give them permission to marry? Not to mention, it is still a practice for the father of the bride to walk her down the aisle, unveiling her to her husband and the eyes of the world, giving her away as though she was property that was being transferred from one male owner to the other.

Other traditions of marriage that still remain prevalent include men typically proposing to the woman, meaning that it is usually the man’s choice when and how he wants to get engaged. Women usually wear the engagement ring to signal that they are spoken for, while men do not wear a ring until after the wedding. A 2017 study published by Gender Issues revealed that 70% of adult Americans believe that a woman should take her husband’s last name and 50% believe that it should be required by law. It is becoming more common for women to keep their maiden names but it is almost unheard of for a man to take his wife’s last name.

The phrase “man and wife” even further negates the woman’s autonomy, reducing her to the status of “wife,” while the husband is allowed to keep his role as “man.” Yet another archaic concept that is still widely practiced today is the bride wearing white on her wedding day because historically women were expected to be virgins on the day of their wedding, while there was no such expectation for the man.

All of these traditions seem completely normal and customary when viewed from surface level; however, when you delve deeper into the patriarchal history of these marital customs, they reveal a much more problematic and harmful trend of keeping women in submissive roles.

A recent tweet helped clarify my growing displeasure towards these patriarchal trends. The original tweet read: “Most marriages are not working nowadays. What is it that we are doing that our grandparents didn’t do?” Another user replied to this tweet and said: “Daughters didn’t inherit the silence of their mothers. My generation is mastering the art of leaving, letting go.” This tweet resonated with me. I don’t want to abolish marriage. I want marriage to adapt, to not hold women as property, to adjust for gender equality and allow both partners the ability to choose a situation that works for them. I can only hope that this trend continues and becomes a widespread movement for social change, rooted in the notion that women should not have to exist in these submissive marital roles and should have the freedom to choose how, when, and under what circumstances they want to be married.

I interviewed Serena, a rising university senior, about her experience with marriage. Serena is a low income United States resident who is married to her best friend Johnny, a gay man on a student visa. Serena and Johnny (names have been changed) had talked about getting married freshman year of college. Serena’s motivation for marriage was financial support and stability after graduation and Johnny needed a green card to continue living in the United States. They decided to get married the night of the 2016 election. They found a bed & breakfast near a beach that does elopement packages for $1,000. Serena bought a dress from the children’s section of Macy’s. They told only their parents and close friends, went to a courthouse, got a license, and tied the knot at the age of 20.

When I asked Serena about the general response people have when they find out she’s married, she told me that people are always shocked. Her identity always gets distilled down to a “wife.” Friends from high school who she hadn’t talked to in years began reaching out to ask if everything was ok and to wonder why she would do this. Extended family panicked, covering their worry and confusion with congratulations, while gossiping about her possibly being pregnant.

Serena and Johnny’s marriage is completely platonic. They are best friends who have decided to make a mutually beneficial financial and legal decision based on an institution that serves their needs. Serena, considering all of the implications and assumptions that people have surrounding her marriage said, “Marriage, as an institution, is so visible: proposals, photos, save the dates, invitations. It is viewed as this huge extravagance that’s way too serious. It shouldn’t be that way. It should be about two people who love each other, whether that love is sexual or platonic, and decide that marriage is right for them.”

I have always had this pressure in the back of my mind that I need to get married to prove that I am desirable to others, worthy of a man, and capable of being loved. But marriage shouldn’t be seen as the ultimate success in a woman’s life, as it feels like it is now. Marriage, as an institution, can signify a beautiful bond between two people who are dedicated to spending their lives together. But this ideal is becoming an outdated concept that I believe requires serious reconsideration in how it can be inclusive and equal for all partners.